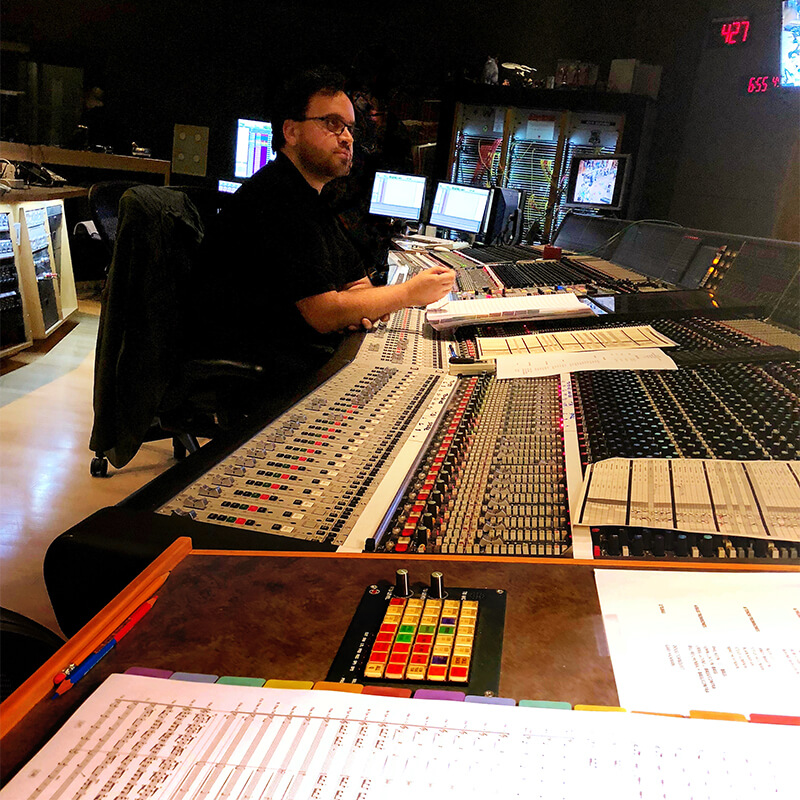 Antonio Di Iorio is a Los Angeles based award-winner music composer for Film, TV and classical concerts. He graduated in Composition, Piano and Conducting in Italy and Seattle.

He works on some of the biggest animation, action, and sci-fi projects in Hollywood and records his works in prestigious scoring stages like the Newman Scoring Stage at Fox, the Barbra Streisand Scoring Stage at Sony, Auditorium Cariplo of Milan, the Studio X of Seattle and many others.

Besides being busy on his projects and awarded movies like Wings Over Washington, Il Viaggio, Jacks, Life In Between, Spirito Eroico (for the Olympic Games in Vancouver 2010) and others, Di Iorio heavily worked alongside film composer Tom Holkenborg (aka Junkie XL) as an additional composer and executive senior assistant for 4 years in Los Angeles and his music can be massively heard in movies like Godzilla Vs Kong by Adam Wingard (Legendary Entertainment and Warner Bros.), Sonic The Hedgehog by Jeff Fowler (Paramount Pictures), Terminator: Dark Fate by Tim Miller and James Cameron (20th Century Fox, Paramount Pictures, Lightstorm Entertainment), Mortal Engines by Peter Jackson (MRC/Universal Pictures), Alita: Battle Angel by Robert Rodriguez and James Cameron (Twentieth Century Fox), Tomb Raider by Roar Uthaug (Warner Bros./GK Films), The Dark Tower by Nikolaj Arcel and Ron Howard (Sony/Columbia Picture), Distance Between Dreams by Red Bull.

He recently began collaborating as an additional composer for renowned Hollywood composer Pinar Toprak (Captain Marvel, Krypton, Stargirl).
His music can be heard in The Lost City by Aaron Nee and Adam Nee (Paramount Pictures) and others that are going to be released soon (more updates soon).

He also has a prolific activity in live concerts as Composer and Orchestra Conductor, performing his and famous classical and film composers’ music on prestigious Festivals.